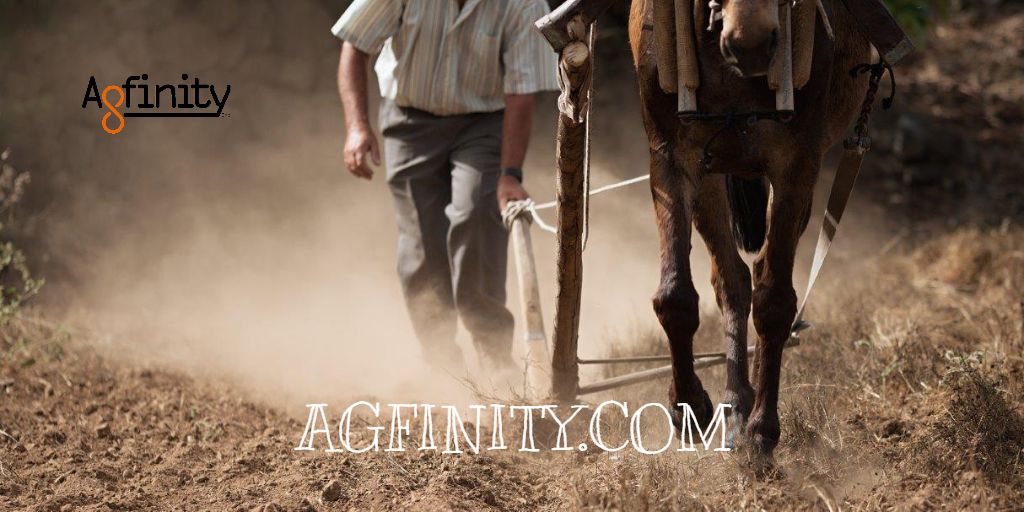 The noun, derived from “PLOW”:
1. A farm implement consisting of a strong blade at the end of a beam, usually hitched to a draft team or motor vehicle and used for breaking up soil and cutting furrows in preparation for sowing.
2. An implement or machine designed to move earth, snow, or other material by means of a strong blade.
3. Plow See Big Dipper.

In a recent call with Co-Founder, Jared Seitz’ father, we spoke about a title commonly given to an integral role within their business. A “plower” became a term of endearment, akin to a “grinder” in hockey (workhorse forwards, who use grit and determination to dig in corners, crash the net for rebounds, and drive the possession and forecheck game. They’re the backbone of an offense; an integral part to the energy game in the 3rd and 4th lines. They shut down the top offensive players from the other team, and create room for the skilled players to work their magic.). I digress…

“(When Agfinity was in its infancy) … We would call farmers in the area, looking to do trades…. We had enough capability to make calls, but not necessarily to make trades.” This created a situation in the shop where we needed a hierarchy of experience, to make the business profitable.

“These plowers, as we started to call them, learned from the trader to (finalize the transaction).”

A plower on a farm, is the person that prepares the soil for the machinery.

“To us, when someone is new (to Agfinity), they’re learning from the ground up. It became part of the lexicon to call them as such. We were developing talent and competencies of staff. So the entry level position- these became the “plowers”.”

“Because of the agro nature of the business, contacting farmers—we related everything to the farming process.” Showing initiative and hardwork- while learning everything from the ground level, these individuals, with a can-do work ethic became “plowers”. They had to demonstrate capability to make trades, by learning from those with more experience. Yet they were tasked with picking up the phone to make the calls, to reach out to potential buyers and sellers.

Business waits for no man. You need to learn to adapt and to learn and grow to keep up with the demand. Here at Agfinity, the “plowers” have been instrumental in making us what we are today.

Check out our new Plowers Erin & Clayton at http://www.Agfinity.com/About

Connect with Agfinity Canada below: