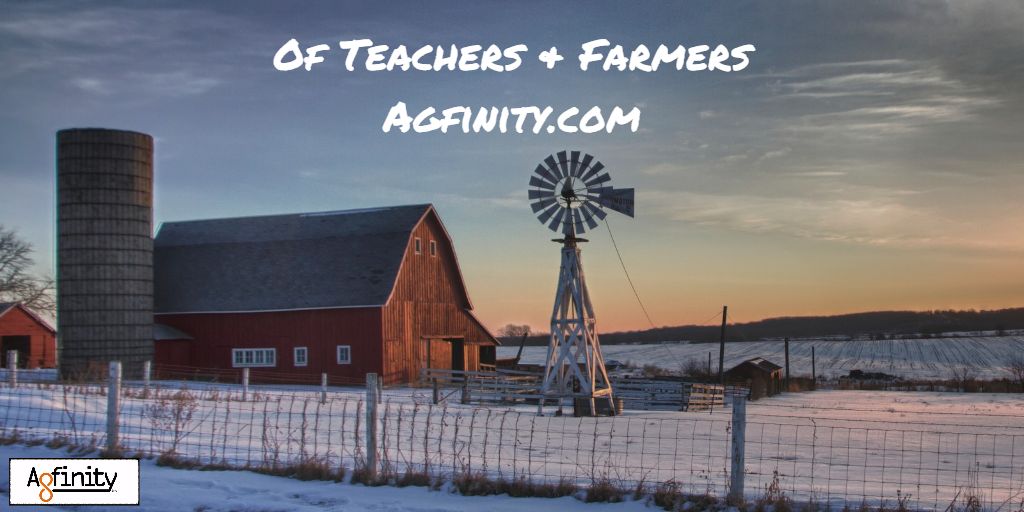 In the summer months, teachers across the nation (perhaps the globe) are able to take advantage of the nice weather, enjoying a little bit of tranquility before the next school year.

It’s not that they don’t work in those months, as many are sharpening their skill sets by partaking in workshops and other occupational training. For some, a school year can take its toll, with pre-planning, marking, and many other tasks eating up their evenings and weekends. Downtime is ideal, but not always the norm. Much-deserved summer months provide personal “catch-up”, but there’s also more work to be done for those that want the following year to be a successful one.

This is not unlike the story of farmers who are working fields in areas with drastic climate change, such as in Canada and the Northern States.

I’ve often wondered what it is that farmers do during winter months. Do they hibernate, making Netflix and chill their new “to do” from November until spring? Do they venture to warmer locales, for the winter months?

These “bipedal Punxsutawney Phil’s” do often keep themselves busy in the winter months.

Of course, there’s planning, as they have to look ahead to the upcoming year and how they’ll adjust their crop yields. They will have to review data from the previous year, to see where they could have been more efficient in their harvest. They may review recent data, to determine weather patterns.

They will often take on the role of being truckers for the winter months, moving their yields to buyers.

Farmers will also maintain their equipment, either by hiring mechanics to repair and maintain equipment and machinery, or doing it themselves.

Farmers wear many hats. They’re family members, friends, businessmen, truck drivers, agriculturalists, meteorologists, biologists, horticulturists, and more. They have the luxury of an offseason, as teachers often do, but many that have the passion for the business will utilize that time off to better themselves, and their craft.