I passed my Class 6 drivers test and got my motorcycle licence! 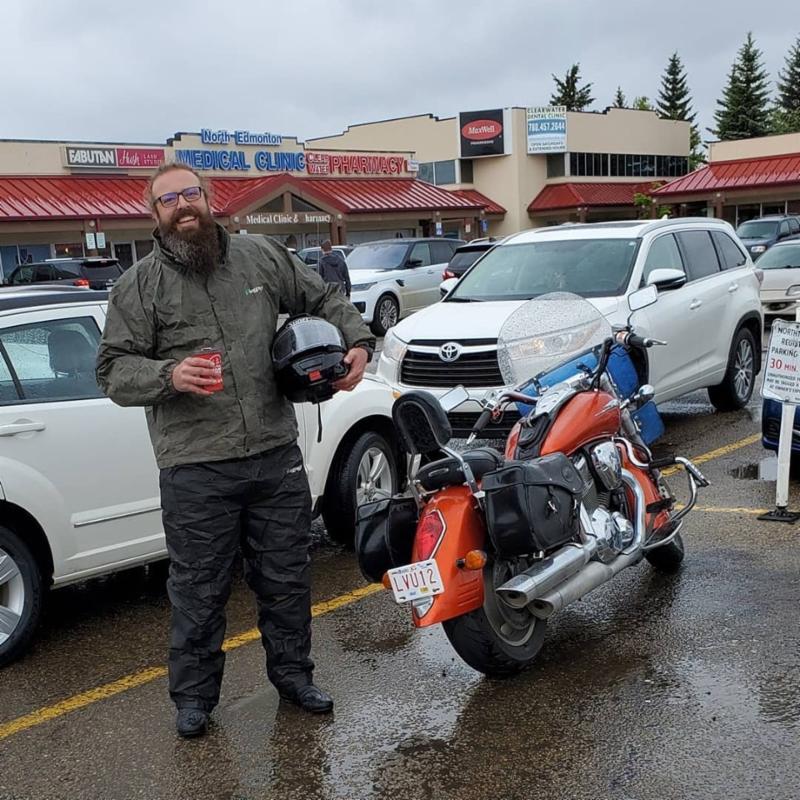 I’d like to tell you about it, back on the April 25 (https://www.agfinity.com/newsletter/decide-to-ride/)  we talked about the steps to making a decision: Declaration, Cost, Failure, Repetition, and Time. These are the elements that are involved with making a decision and sticking with it. Amy and I have stuck with it, and on the May 10 th weekend we took the Alberta Safety Council Motorcycle training course and, after 19 hours of driving 150cc Honda’s around a parking lot doing various drills and exercises on one of the nicest weekends so far this year, Amy and I passed the course. Not everyone that came on that weekend can say the same thing. Learning something new and humbling yourself to learn a new skill is harder for some. For Amy and me it was a long, hard weekend but totally worth the cost and effort. On that weekend I was able to schedule my road test for June 7 th . 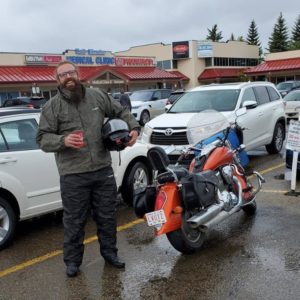 It’s funny how on May 10 th, looking at June 7 I thought that it couldn’t come soon enough. The only way that I could get a test that early in June was to take it in the city and the location that was available was 97 street in Edmonton. Now I was told by other friends that ride, “try to take your test in Stony Plain where its nice and quiet and you know the area.” When I went to book the earliest, I could take a test in a small town would have been June 26 th. So, I made the choice to take my test in the city. Now the day of the test was great for the fields but horrible for motorcycle tests, it was full on raining and cold. The funny and unfortunate part of this is that until I get my licence, I still need my friend Loren to drive with me to the test. He could have chosen to sit in a warm car and follow behind me, but, instead, he geared up as well and we went into the city on a Friday at 1pm, in the wind and the rain to do my test. Thanks again, Loren!
It doesn’t matter how prepared you think you are for something; tests are stressful. Sitting in the chairs waiting for the tester to come, with all your gear and rain gear on was a true test of patience. He showed up and we went for our ride, the biggest thing I had to remember was to breath and relax, to think of the voice in the helmet speakers as my wife’s or google. One of the things the tester mentioned is that we are on a phone call so even though he is giving me directions if I speak he can hear me, so don’t say things like “oops” or “I hope he didn’t see that” to myself. I thought that was pretty solid advice. So, after 30 minutes in an area I’ve never been to, with the highest concentration of playground and school zones I’ve ever seen, we were on the home stretch. After checking in with the tester to make sure he was still warm and dry in his car behind me on my bike, the rain started to intensify. On a motorcycle in the city going slow with no clue where I am this could turn into a problem. My nerves were at the limit of the chillness that they could endure but right then the tester said, “alright we’re just up on the right, park anywhere and I’ll meet you inside.” Thank God.
Maybe it has something to do with control or these people just like mind games, but the tester went over all my mistakes and how I can correct them, there was actually only one, before nonchalantly saying “Oh yeah, you passed.” “Wow, you couldn’t have started with that?” I said. So, I lost 20 points and you have up to 75 points that you can lose before you won’t pass. Not too bad for one of the crappiest weather days I’ve see for a while. It seems like a small victory but challenging ourselves and being tested by a third party is a stressful task. Fortunately, I had put in the practice and the effort to control the outcome as much as possible.
Right now, seeding is mostly wrapped up and spraying is just around the corner. You’re putting in the time and the effort to plan for the best possible outcome. There are many things out of our control like the weather and government regulations but there are plenty of things we can take ownership of and choose to be prepared. There is no better feeling than showing up to a game, test or job prepared and properly trained. That’s one of the things that we pride ourselves in at Agfinity. We work hard on having the best and most efficient systems, processes and people to find you the best grain trading opportunities. Give us a call and put us to the test!
Joseph Billett 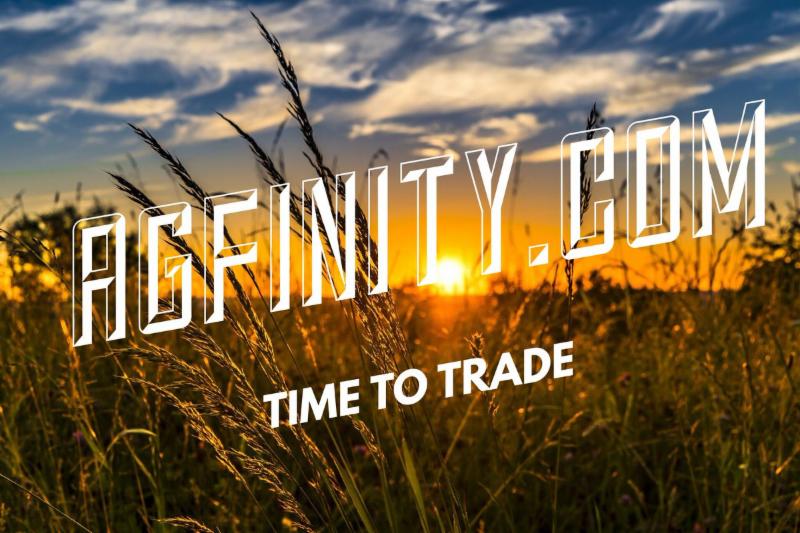 Good, bad, neutral, we’d love to hear your thoughts. Please tweet us @Agfinity  or chat with us on Facebook.