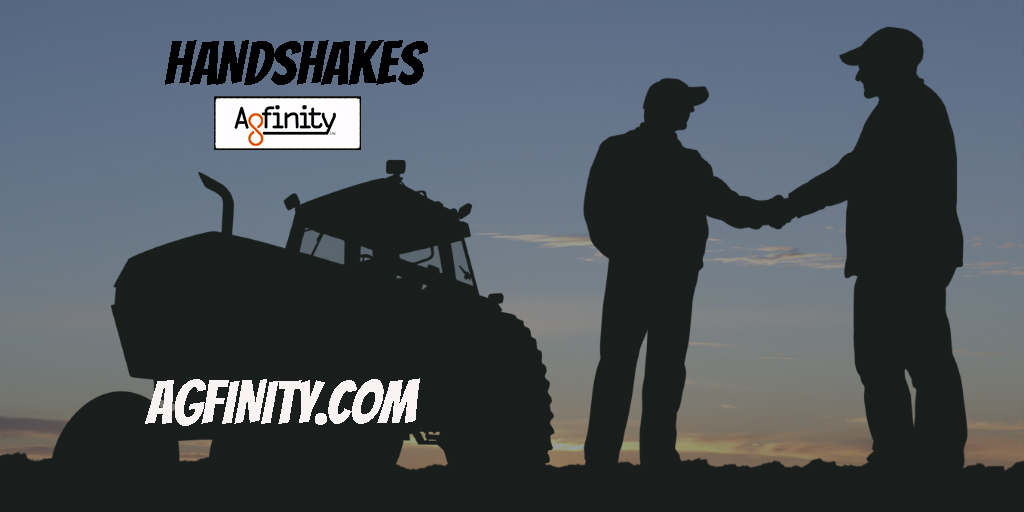 At Agfinity, we believe that a handshake still matters.

Ancient origins (disputed amongst nations as to the exact origins) suggest that handshakes first came into existence as a gesture of peace. Soldiers would greet one another, and a handshake would be the clear indication that hands were free of weapons.

In the modern world, a handshake is a sign of acceptance, peace, warmth and even agreement. Business, in particular, is a place where a customary handshake can signify the closing of a deal, with the hand extended as a metaphorical extension of an offer.

And while today, it’s no longer customary for many to make a committed, binding offer with anything less than a legally binding contract, a handshake is still tradition- at least in the Western world, and most of Europe.

At the end of a hard fought battle or game, athletes are often seen shaking hands. They respect one another, leaving all of their competitiveness and hard feelings behind in the arena, of which they competed.

With a handshake, we show respect, and willingness to do it all over again in the future. We would like to work with our clients, and see their continuance to do business with us, grow with us and learn with us. We will support our clients through their endeavours, building long lasting relationships that extend beyond the scope of a transaction or encounter. This is why we cement this belief with a handshake.

Our word is important and when we say that we will deliver on a promise, a handshake can fortify that sentiment.

Connect with us below: